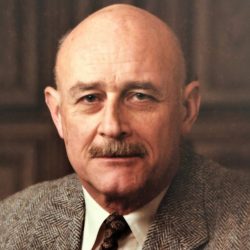 Passed peacefully on October 12, 2022. He was born on December 14, 1924 to Herbert and Gladys [Hayward] Benzoni in Rochester. Richard graduated from Marshal High School in 1942 and continued his studies at Colgate University, receiving a degree in Chemistry in 1946. He went on to Harvard Business School where he met his wife of 30 years, Sue Carolyn (Smith). They married in 1953 which is the same year he received his MBA. He worked as an Engineer at Eastman Kodak from 1945-1983. Richard was an avid skier and helped build Bristol Mountain Ski Center where he was on the Ski Patrol from 1963-1995. He also enjoyed sailing. And in 1990 participated in a yacht race from Newport to Bermuda with his good friend, Henry Williams. He shared his love of the outdoors with his beloved dogs, particularly Shamus and Chester.