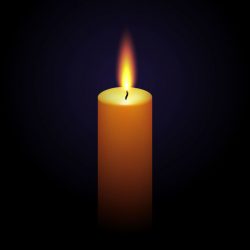 Darick Campbell was born November 12, 1966 in Rochester, New York as the third son of Charles and Naomi Campbell. His affinity for the music of the House of God Church was apparent at an early age as he would interact with the Sacred Steel greats as a childhood “fan”. Darick’s first musical love was the drums. He became the most accomplished drummer in the family, superseding the pioneering trail of his brother, Chuck Campbell, who served as the lead drummer for the House of God Church’s national convocation, The General Assembly, in the 1970’s.
In the 1980’s Darick became the lead drummer for the General Assembly incorporating techniques inspired by percussion giants Billy Cobham, Stewart Copeland, Steve Gadd and Lenny White. But even while on that musical path, his musical gifting expanded his sphere of prodigy to include the steel guitar. Because of the relationships he formed with the Sacred Steel greats as their drummer of choice, steel guitar icons such as Henry Nelson, Maurice “Ted” Beard and Calvin Cooke shared some of their most closely guarded techniques and playing secrets with him. By the late 1980’s Darick had ascended to take his place among the greats, becoming a regular rotation player in the General Assembly rocking his preferred instrument, the lap steel.
In 1997 the Campbell Brothers, Chuck Campbell, Phil Campbell and Darick Campbell, along with his nephew, Carlton Campbell and the great Katie Jackson; recorded their first album, Pass Me Not on the Arhoolie Records label headed by Chris Stracwicz. The album quickly garnered national and international attention leading to tours which included Jazz a Luzerne in Switzerland and the Berlin Jazz Festival. In 2014 the Campbell Brothers were commissioned by the Lincoln Center and Duke University to compose a Sacred Steel interpretation of John Coltrane’s seminal work A Love Supreme to commemorate the 50th anniversary of this jazz classic and were inducted into the Rochester, New York Music Hall of Fame with fellow honorees Steve Gadd and Tony Levin in 2018. The Campbell Brothers have released five albums and have performed in over 25 countries including Japan, France, England, Spain, Colombia, Morocco, Tunisia, the Canary Islands, Barbados and China. In 2019 the Campbell Family, Chuck Campbell, Phillip Campbell, Darick Campbell, Danette Campbell Bell and Carlton Campbell; became the first alumni to be inducted as a family to the Monroe Community College Alumni Hall of Fame, becoming the 100th through 105th alumni out of over 500,000 graduates in the history of the institution to receive this honor. The Campbell Brothers and their music are featured in exhibits on Gospel music in the Smithsonian Museum of African American History and Culture in Washington D.C.
Darick Campbell was recognized as one of the great instrumentalists of his time. He appeared as a guest artist on numerous projects with artists such as Rob Savoy, Eric Bibb, and was a part of the Sacred Steel supergroup, the Slide Brothers. He was a part of the acclaimed Jimi Hendrix Experience tour with such renowned musicians as Steve Vai, Eric Johnson, Ernie Isley, Bootsy Collins, Billy Cox, Chris Layton, Joe Satriani, Dweezil Zappa and Vernon Reid; all of whom were in awe of his ethereal guitar tone. Darick has also performed with many stars including the Allman Brothers, B.B. King, John Medeski, Sonny Landreth, Robben Ford, Dr. Bobby Jones, Maria Muldaur, Mavis Staples and The Mighty Clouds of Joy.
Darick transitioned from this life on Monday, May 11, 2020 in the presence of his wife, Pamela and daughter, Alexis. He will always be remembered for his love for his family, his loyalty as a friend and his passion for bringing uplifting music to audiences and fans around the world. Due to current circumstances services and interment are private. A Memorial Service will be held at a later date once it is determined when this special gathering can take place. To leave an online condolence please visit: www.miller1889.com