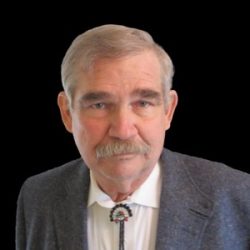 James was born September 1, 1950 in Barksdale AFB, Shreveport, LA. He is the son of the late John Patrick and the late Helen (Scavnicky) Clark. He married Victoria Finney.

James Randolph Clark, PhD, was a psychologist who practiced in the Rochester area since 1979. Born on September 1, 1950, he died on September 18, 2016 from the interaction of multiple myeloma and other illnesses.

Dr. Clark was raised in Southern California and completed his undergraduate education at Pomona College in Claremont, California. His graduate work was completed at the University of Arizona in Tucson, and his clinical internship was completed at Langley Porter Institute, UCSF, in San Francisco.

Dr. Clark volunteered for active duty in the military and, after completing his education, he served as a Captain/psychologist in the United States Army Medical Service Corps at Kenner Army Hospital at Fort Lee, Virginia. He was the director of their mental health clinic, among other duties.

He came to Rochester in 1979 to work at the Monroe County Mental Health Clinic for Socio-Legal Services, and ran that organization for more than 20 years.

In 1980 he became a Clinical Assistant Professor in Psychiatry (Psychology) at the University of Rochester Strong Memorial Hospital and maintained that appointment until his death.

In 1984 he opened a part-time private practice, and in 2002 he left county employment and entered into full-time private practice at the 12 Corners in Brighton. He spoke of this as the happiest time of his professional career, and he was touched by the trust his clients demonstrated in sharing important and personal aspects of their lives with him. He did all that he could to be of service to them.

Dr. Clark was a member of many professional organizations, including the Genesee Valley Psychological Association. He was named Psychologist of the Year in 1997, and in 2015 was given their Lifetime Achievement Award.

Although he experienced significant betrayal in his life (and you know who you are) far far more important was his relationship of 42 years with his wife, best friend, companion, partner, and business manager Victoria. He loved his sons Michael Patrick and Richard Andrew, as well as the most recent in a long line of Old English Sheepdogs, furkids Camilla and Agatha.

He treasured his relationship with childhood buddies Mike and Bill, and Will and Mary, and in Rochester he enjoyed the friendship of Elaine, John and Ann, Jim, Mike, Bob, John, and the rest of Da Bills guys. He was blessed with excellent neighbors.

In trying to make sense of his upcoming death, Dr. Clark did a considerable amount of reading. One of his discoveries was a poem by W.H. Auden, entitled “The More Loving One” which summarized things quite nicely for him:

Looking up at the stars, I know quite well

That, for all they care, I can go to hell.

But on earth, indifference is the least

We have to dread from man or beast.

How should we like it were stars to burn

With a passion for us we could not return?

If equal affection cannot be,

Let the more loving one be me.

Admirer as I think I am

Of stars that do not give a damn,

I cannot, now I see them, say

I missed one terribly all day.

Were all stars to disappear or die,

I should learn to look at an empty sky

And feel its total dark sublime,

Dr. Clark dealt with his multiple myeloma philosophically, with openness, and as much grace and dignity as he could find. Acceptance of his upcoming death was somewhat harder to manage, since he so dearly loved his life and the people within it.

The poem is used with the permission of Random House.