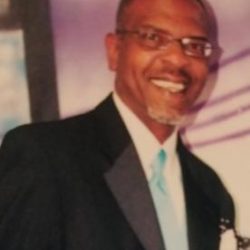 Michael Charles Rosier was born July 19, 1961 in Sanford, Fl  to the late  Henry A. Rosier and Muriel Houston Rosier. He was the youngest of seven children. He was married to his lovely wife, and high school sweetheart Audrey Porter Rosier for 22 yrs. They have four children and three grandchildren to this union.

Michael and his family moved to Rochester, NY at a young age and lived there until September 1998 upon moving to Greenville, South Carolina. Michael  attended No 4 school and played drums in elementary school, Varsity basketball at East High school and College basketball in Wyoming and San Diego, California. He was employed at Eastman Kodak Company prior to leaving Rochester and was the owner of Major Cutz and More; a barber shop in Jacksonville, Fl..

Michael confessed Christ Jesus and was baptized in San Diego, California at the age of 11. He attended Hope Deliverance  in Rochester, NY under the late Bishop Ronnie Wilcox and served as a deacon. He also attended Redemption World Outreach Center in Greenville, SC. Michael and Audrey birth New Dimensions Church Intl in Jacksonville, Fl., in October, 2013.

Michael is known for a strong love for his family, and children. He was very meticulous and handy. He was helpful to his family, providing advice and  opening his home to family and close friends..

Michael’s Funeral Service will be held at 11:00am on Saturday, October 17, 2020, at In Christ New Hope Ministry, 155 Pinnacle Rd, Rochester, NY 14623. Interment at Oakwood Cemetery to follow.
(For the safety of those in attendance, state mandates due to Covid will be adhered to, including 150person capacity, masks and social distancing required. The burial will be private, first family only)