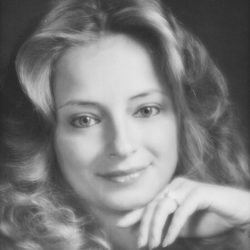 Rebecca (Becky) Walter, 66, of Rochester, NY was received into the waiting arms of our Lord and Savior on Sunday, January 10, 2021 following a long, courageous, and dignified battle with Younger Onset Alzheimer’s.

Becky was born on January 25, 1954 in Buffalo, NY. She attended Cheektowaga high school where she was a hardworking student and a clarinet player in the marching band. She was married to Jim Walter on April 11, 1981. Shortly after they were married, Becky and Jim moved to Tennessee for Jim’s job. They lived in Tennessee for 4 years and made many lifelong friends. In 1984 they moved back to Buffalo. Becky worked for the New York State Tax Department for a number of years, and during that time developed many close friendships. In 1996, she moved out to Los Angeles, California with her family and was a dedicated volunteer in her church’s financial office. Becky was active in many of the activities that her children participated in at school. She was a parent helper for the marching band and enjoyed supporting her children at their various competitions. She loved music, attending evenings at the Hollywood Bowl with her family and friends, making an annual trip to Pasadena on New Year’s Eve to look at the Rose Parade floats, collecting PEZ dispensers, and was a huge Beatles fan.

After her Alzheimer’s diagnosis in 2014, she and Jim spent time traveling between Northern California, Colorado, and New York to spend time with her children, grandchildren, family, and friends. She loved spending time with her grandchildren and being with them brought her so much joy. She lived in Los Angeles until June of 2019, when she moved back to Rochester to be closer to her family.

Becky was predeceased by her mother Dolores Ellis. She is survived by her beloved husband, Jim Walter, daughter Jessica (Scott) Krueger, daughter Melinda (Matt) Lim, grandchildren Eloise, Audrey, and Daniel Lim, son Jimmy (Sarah) Walter, brother Bill (Rose) Ellis, father Bill Ellis, and numerous aunts, uncles, cousins, nieces, nephews, and dear friends.
The current Covid pandemic precludes the scheduling of a viewing. There will be a virtual Celebration of Becky’s Life on Saturday, January 30, 2021 at 10:00 am on the west coast/1:00 pm on the east coast.
The link to this celebration is: bit.ly/beckywalter  Password: Becky