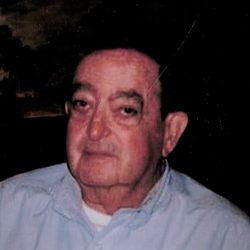 Webster: Richard suddenly went to heaven on Wednesday, December 9th at the age of 85. He was predeceased by his wife of 54 years, Marlene (Palleschi) Keily; parents, Joseph and Clara Keily; siblings, Hubert Keily, Barbara Keily and Anna Margaret “Polly” Bullock. Richard is survived by his daughter, Kathie (Jay) Baug; son, Jeff Keily; grandchildren, Madison Capierseho, Katierose Baug; many nieces and nephews.
Richard served 4 years as a Corporal in the United States Marine Corps.; he attended the University of Notre Dame and the University of Buffalo where he earned a degree in Electrical Engineering. He worked at Eastman Kodak Co. as an Electrical Engineer for 29 years. He was an avid sports fan who enjoyed the Buffalo Bills; watching and playing golf as well as coaching both of his children’s baseball teams.
Due to the Covid-19 restrictions a funeral mass to honor Richard will be held at a later date. In lieu of flowers, contributions may be made to the American Heart Association in his memory DONATE ONLINE.