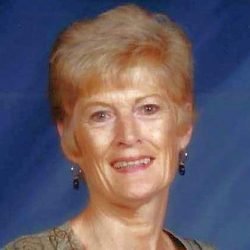 Marion B. Holmquist (Saxe) passed away peacefully December 10, 2021 at the age of 85 at her home and surrounded by her children.  Predeceased by her husband of 57 years, William, brothers Herbert & Douglas and sister Glendora (Wheeler), Marion is survived by sons Scott & Eric (Lisa Huntoon) and daughter Marta (Kenneth Best) and grandchildren Ella & Liam Best and Nicholas & Samantha Holmquist as well as many cousins, nephews, nieces and friends.

Born in Orange, NJ, Marion’s family moved to Canandaigua, NY in 1946 when her father was hired as a chaplin at the VA Facility.  A talented musician, she excelled in violin, piano and voice, participating in orchestras, choruses, choirs, and musicals at school and in the community. While in high school, at Canandaigua Academy, Marion was an honor student at the Eastman School of Music in violin and voice.  She graduated high school in 1954, a 2-time national honor society member, and left for Vassar College on a full scholarship. Marion graduated Vassar in 1958, a most momentous year; as she accepted a graduate tuition scholarship at the University of Rochester Warner School of Education and then, met and married, Bill, a Presbyterian minister, just before Christmas 1958 (after a nine week courtship).  Marriage and the birth of their first child, Scott, in 1961, slowed her studies at the U of R but she received her master’s degree in English 1963 just in time for child #2, Eric.  Marion immediately signed on as a substitute teacher in the Brighton School District and substituted until 1970 when their third child, Marta, was old enough to attend school full time. Marion then took a position in the English department of Brighton High School where she would teach for the next 20 years  finding and nurturing several life long friendships.

Marion kept up with her music; playing piano for the kids and singing in the church choir. Even after leaving the choir, she continued to sing, loudly, and noticeably better than those around her, from the pews.

As empty nesters, Bill and Marion began the next step in their adventure together and that involved travel; China, Jamaica, Greece, England, África, South America, and throughout Europe.  Sometimes traveling with friends, and frequently coming home with new friends, but always bringing lots of photos to illustrate the stories of their adventures.

Eventually the children, on much slower schedules than Marion and Bill, provided highly anticipated grandchildren, and they jumped into grandparenting headfirst. Marion frequently babysat Ella and Liam in Buffalo and they both visited Nicholas and Samantha in Los Angeles.  The Rochester winters started to wear on the couple, and so they began renting winter homes in Arizona. There they hosted visits from the family and friends in addition to shortening the distance for visiting Nick and Sam.  They enjoyed this so much that they ended up buying a house in Tucson in a retirement community where they made many good friends.  Their days were filled with hiking, day trips, bridge games, and Marion even competed in the Senior Olympics (winning several medals that she promptly shared with her grandchildren).

As Bill’s health began to fade, trips were cancelled and eventually traveling to Arizona was not possible.  However, by this time the family was all together. Eric’s family had moved back to Rochester, Scott had bought a house near the U of R and Marta was a quick hour up the thruway east of Buffalo, so family get-togethers were far more frequent and often completely attended.  Now, not only were Thanksgivings, Christmas’, birthdays and anniversaries full family events, but so to were little league games, chorus concerts, Tae kwon do competitions, piano recitals, swim meets, hockey tournaments, basketball games and soccer matches.

The annual week on Canandaigua Lake, which Bill and Marion had hosted together for over 15 years, was always the highlight of each year, and continued after Bill’s death, in 2016, at Marion’s insistence.  So too did attending the rochester International Jazz festival with Scott, Eric and Lisa.

Marion faced her own health challenges but got in her “steps”, even if was on her treadmill, and strived to keep her weight up making sure she drank her protein shakes.  She worked in her garden and could be heard berating the deer that frequently undermined her hard work. Thursday night dinners with Scott, a multitude of sporting events for the kids, get-togethers with her girl friends and with Eric and Marta’s families helped to fill Marion’s days.

With the Pandemic came a diagnosis of colon cancer.  Having beaten breast cancer in the 2003, Marion started fighting to win again.  It was terribly difficult to do so during the pandemic when hugs from her kids and grand kids would have been such good medicine.  But she persevered through the various treatments prescribed, with mostly negative physical effects, but some reduction in the cancer growth.  Thank goodness for phone calls from Marta and Lisa, family Zoom calls and having Scott in her “bubble” for weekly dinners and to watch 60 minutes or a Bills game together.

Ultimately, after 6 treatment regimens the prognosis was dire and Marion bravely faced her death determined to draw it out as long as possible. Feeling better than she had in a while, with the ending of the chemotherapy,  she worked at getting her weight up and increasing her stamina.  Unfortunately the disease moved swiftly to rob her of her strength.  Marion was up and about Wednesday, December 8th but took a dramatic turn for the worse Thursday evening December 9th.  We feel blessed that she was comfortable and experiencing little pain and that her toughest hours were short and not too strenuous for her.

She was strong and brave, handling her illness and facing her death.  We are going to miss her love, generosity, humor and beautiful humility.  Rest in Peace, Mom.